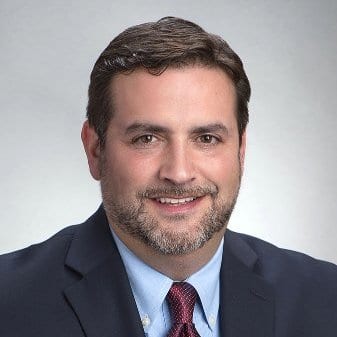 Author of “Sheer Madness: From Federal Prosecutor to Federal Prisoner”; A Cautionary Tale of Addiction

Author and attorney, Andrew J. McKenna, chronicles his incredible journey from US Airman, US Marine Corps Captain, JAG Attorney and Justice Department prosecutor, to opiate and heroin addict, bank robber, and ultimately to Federal prisoner. His memoir, “Sheer Madness” is brutally honest and his story is an inspiration to those struggling with depression. He delivers a powerful message of hope and redemption.

* The program qualifies for CEU Credits

The Face of the Person with Addiction

Addiction and The Criminal Justice System: The Great Disconnect

What do Judges, prosecutors and probation departments do with an offender with the disease of Substance Use Disorder when the disease is directly related to the criminal conduct? Warehousing addicted people is one choice albeit an ineffective one.  This approach leads to drastic rates of recidivism both on the federal and state level. A large number of those charged with crimes whether petty theft or violent assault are feeding a dogged addiction, a disease, not a moral failing.  McKenna explores options that judges, prosecutors and probation departments can utilize to best address the disconnect between addiction and the criminal justice system and to ensure the safety of communities and best possible outcomes for all.

Author and attorney, Andrew McKenna, chronicles his incredible journey from US Airman, US Marine Corps Captain, JAG Attorney and Justice Department prosecutor, to opiate and heroin addict, bank robber, and ultimately to Federal prisoner. His memoir, “Sheer Madness” is brutally honest and his story is an inspiration to those struggling with depression.

Son of a professor and a teacher, he said he grew up insecure, and found by age 13 that marijuana and alcohol could help. After a stint in the Air Force and then degrees from University of Albany and Albany Law School, he joined the Marines as an attorney. He went on to become a Department of Justice special prosecutor working international drug cases, then went into private practice. But, heroin does not read resumes.

While he was working as a prosecutor, a doctor prescribed Percocet for nagging back pain. He progressed to OxyContin. When he couldn’t get that anymore and entered withdrawal, a friend introduced him to heroin. The habit didn’t abate until he’d lost his job, his marriage and contact with his two young children — plus robbed a half dozen banks. He was chased down, caught and arrested following a $1,660 heist in 2005.

After a lengthy prosecution, the robberies got him five years in federal prison. He’s been out since 2013.

Since then, he’s told his story to community groups, schools, drug courts, professional organizations and corporations. In 2015, he published “Sheer Madness: From Federal Prosecutor to Federal Prisoner.” 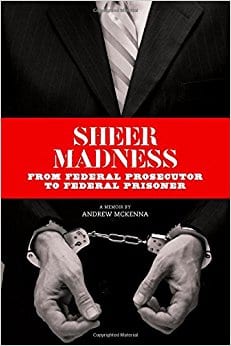 Andrew was certainly a dynamic speaker. Importantly, he gave me a new perspective that I will use as a judge when dealing with defendants that are suffering from addiction and mental illness. Bravo Andrew McKenna and thank you.

Andrew is an excellent speaker with an amazing story. He was engaging and gave us new perspectives. Very dynamic.

This was a fantastic testimony and an inspiration. His story was one that has a huge impact on anyone that is willing to hear it.