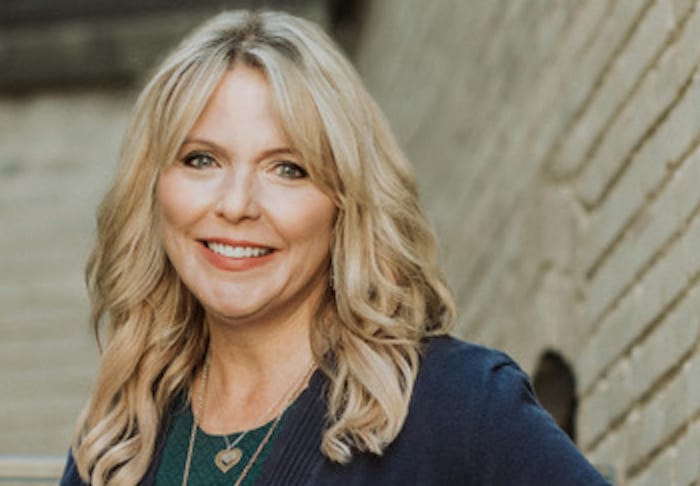 Angela Kennecke is a seasoned investigative journalist who was working on a story on drug overdoses on the day she got the news her 21-year-old daughter died of an overdose.

It was later revealed that Emily died of fentanyl poisoning, after having obtained what she thought was heroin.

Angela has made it her mission to stop the stigma surrounding addiction and get more people taking action to find solution to the opioid epidemic. She has also started a charity to help break down barriers for treatment for addicts and their families.

She’s named it Emily’s Hope, in order to spread hope of recovery. Angela never gave up hope on her daughter and this is a way for that to live on.

The Broadcast That Broke My Heart

Angela Kennecke is a veteran broadcast journalist and award-winning investigative reporter. Her reporting has uncovered fraud and corruption, which has resulted in changes to state laws. Her investigations also helped military veterans get the Purple Hearts they deserved. In addition to anchoring nightly newscasts for KELO-TV in Sioux Falls, SD, Angela has been involved in a number of other endeavors.

Angela also helped raise millions of dollars for the Children’s Miracle Network as a telethon host and storyteller. She has emceed hundreds of events and served as keynote speaker for many conferences and gatherings. Angela was an adjunct instructor for South Dakota State University in the journalism department and taught courses, both graduate and undergraduate, in communications management.  During one of Angela’s investigations, she met a man who asked her to write his life-story. The Day His Heart Stopped Crying is an inspirational book of second chances and has sold more than one thousand copies.

Over the last decade, many of Angela’s stories focused on the growing opioid crisis. On the day her 21-year-old daughter, Emily, died of an overdose, Angela was working on Good Samaritan Laws and overdose deaths. She interviewed three parents whose children had died of overdoses. Following Emily’s death, Angela realized there was important meaning and a lesson that she could take away from those interviews.

Emily died of fentanyl poisoning; currently four people are facing charges in her daughter’s death. Angela has taken Emily’s story nationwide and even internationally. Angela speaks tirelessly about the issues surrounding opioid addiction, a parent’s frustration and sense of helplessness and tells it all from the perspective of a mother who has lost her child. Angela started a charity called “Emily’s Hope,” because she never gave up hope on her daughter and now wants to offer hope to other families struggling with addiction.

Angela believes when tragedy and setbacks strike the only thing you have control over is your response. Angela’s response to the loss of her beautiful and beloved daughter is to erase the stigma surrounding addiction and advocate for more funding, better treatment and more research and understanding of the problem. 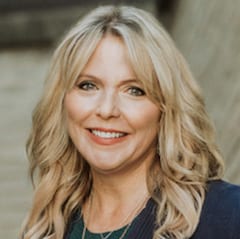 Angela speaks with strength and a level of dignity that allows her to give a voice to thousands of people who struggle with addiction every day. Her personal commitment to honor Emily’s memory allows her a deep connection with the audience and leaves you with a yearning to do and learn more on how to be of service to others in crisis. With Angela working as an advocate to help end the stigma of drug addiction. We all think, “it can’t happen to us”, but listening to Angela tell her story, you remember that addiction affects all levels of our society and that the opioid epidemic is tragically taking many young people from our communities. I am thankful for her courage to tell her story and shed light on this important issue facing our country today.

Angela brings insightful and impassioned information to a topic that is difficult for many of us to fully comprehend. The Opioid Crisis is real. Angela’s quest to find purpose in her family’s tragedy has resulted in a powerful message of action and hope, all brought forth in a very real and meaningful manner.

Angela did a beautiful job talking about her experiences with her daughter’s opiate use. It is impactful to the group as we continue to focus our efforts on substance use prevention…through Angela’s story, coalition members gained a clearer picture that even those in healthy, well established homes can fall victim to substance use. Angela is passionate about getting her message out… and it is a beneficial experience to hear a mother’s story. I would encourage anyone looking for public speakers to invite Angela and have her to speak to anyone able to attend.