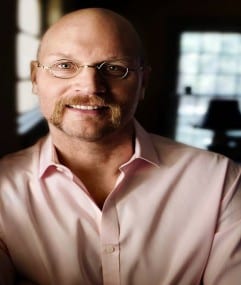 Best-Selling Author of “Running with Scissors” and “Dry”

Augusten Burroughs‘ memoir, “Running with Scissors” about his bizarre, shattered childhood, was a publishing phenomenon, with three years on the NY Times best-selling list. It later became the successful movie, starring Alec Baldwin. His subsequent books, including “Dry” about his battle with addiction, was also an instant success. He is a popular guest on TV talk shows, and his writings have appeared in top publications and newspapers around the world. He has been twice voted to Entertainment Weekly’s “Funniest People in America.”

From the Ashes: A Life Rebuilt Without Drugs or Alcohol

In Burroughs’ New York Times bestselling memoir, Dry, he discussed his alcoholism, recovery and nearly fatal relapse. Now, the author tells the complete story of his transformation – from a drunk living in a secretly filthy apartment to an internationally recognized author. “The only variable is, I no longer drink.” In this profoundly inspiring story, Burroughs shows that the “promises” of Alcoholics Anonymous are very true. And that anything is possible, as long as a person has both a dream and the clarity of mind to make that dream come true.

Augusten Burroughs was born Christopher Richter Robison in Pittsburgh, PA on October 23, 1965 and raised in Western Massachusetts. His father chaired the Philosophy department at the University of Massachusetts and his mother was a writer who earned her M.F.A. in the late 1970’s. Augusten’s parents struggled with alcoholism and mental illness and they separated when he was twelve. Augusten stopped attending school and his parents’ longtime psychiatrist became his legal guardian. At seventeen, he moved to the Boston area and graduated from Control Data Institute with a diploma in Computer Programming and System’s Analysis and Design but never worked in the technology industry. Instead he moved to San Francisco and at 19 became the youngest copywriter in the city. His work attracted national acclaim and in 1989 he was invited by Ogilvy & Mather, New York, the opportunity to work on their flagship American Express account. Augusten found great success in the Manhattan advertising community, eventually working for many of the top agencies where he created global ad campaigns for worldwide brands. Almost eighteen years after accepting his first advertising job, Augusten left the industry to pursue a career as an author.

Two years later, his 2002 memoir, Running with Scissors, became a publishing phenomenon, spending over three consecutive years on the New York Times bestseller list. It was made into a movie starring Annette Bening and Alec Baldwin. All of Augusten’s subsequent books -Dry, Magical Thinking, Possible Side Effects, A Wolf at the Table, You Better Not Cry & This is How- were instant New York Times bestsellers. His writing has appeared in magazines and newspapers worldwide including The New York Times, The Wall Street Journal, The Guardian UK, The Sydney Morning Herald and many more. He has been twice voted to Entertainment Weekly’s famed, “Funniest People in America” list, featured as a cover story in Vanity Fair, profiled extensively in magazines like People and Time, provided commentary for National Public Radio, penned a monthly column for Details and hosted his own radio show for Sirius. In 2013 Augusten married his literary agent and best friend, Christopher Schelling, received a Lambda Literary Award and was honored with a Doctorate of Letters from the Savannah College of Art and Design. Augusten is also a self-taught gemologist with a special interest in jade. He collects and sells vintage and estate jewelry, photographs people and recently directed his first music video. Augusten and his husband Christopher live in a 200 year old house in rural Connecticut with their three dogs. 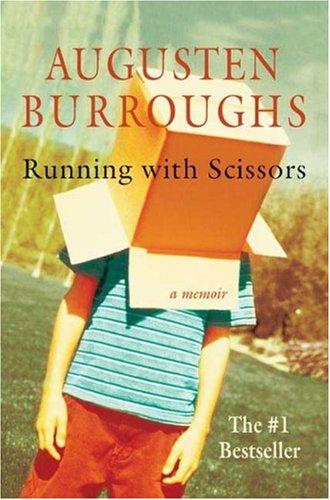 I was impressed with the attentiveness of Speakers On Healthcare. Whether we were communicating by phone or email you answered my questions and made me feel like I was the most important person you were dealing with. I asked for help and you responded beyond my expectations

“THANK YOU! I really appreciate how quickly you respond and with such great service and a large variety of choices.”