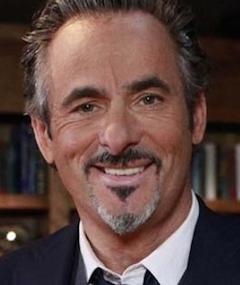 David Feherty‘s sharp wit and colorful personality have made him golf’s favorite TV announcer. A former professional golfer on the European and PGA Tours, he is now with NBC Sports and premiered his own primetime talk show on The Golf Channel in 2011. A mental health advocate, Feherty is open about his struggle with addiction and depression saying, “Far too many people are owned by addiction and devastated by depression. There’s such a stigma attached to mental illness that they’re afraid to get help”.

A Nasty Bit of Rough

Although Feherty’s comic wit comes through on any of his topics, Feherty opens up with his personal story dealing with clinical depression, his addiction to drugs and alcohol and his diagnosis of bipolar.

An Evening with David Feherty

Feherty is a natural comic and entertains audiences with sports anecdotes of sports legends he’s interviewed and covered on TV and adds his own personal stories of his professional golf career.

David Feherty was born in the seaside town of Bangor in Northern Ireland. He grew up with aspirations to become an opera singer, until he discovered he had the knack for hitting a golf ball. He jokes about his career change, “I was always interested in music from a very early age. But when I turned pro at age 17, I haven’t sung a note since. Now, I only sing to punish my children.”

Feherty enjoyed a successful professional career, with 10 victories worldwide and over $3 million in prize money. He was a regular on the European Tour, with victories including the ICL International, the Italian Open, Scottish Open, South Africa PGA, BMW Open, Cannes Open, and Madrid Open. He captained the winning Irish team in the 1990 Alfred Dunhill Cup and played on the European Ryder Cup Team in 1991, an experience that rejuvenated his fervor for golf.

In 1997, Feherty retired from professional golf when offered a position as a golf commentator for CBS Sports. “I always enjoyed talking more than playing, and now CBS and the Golf Channel are paying me for what I like to do most.” Thanks to his sharp wit and colorful personality, Feherty has become golf’s favorite announcer.
The Golf Channel is currently airing its fourth season of Feherty � its most popular program. No topic is off limits in this original series that shares revealing interviews with well-known personalities from sports and entertainment, including President Clinton, Donald Trump, Samuel L. Jackson and Bill Russell among others. As one critic observed, “Feherty is like the man: brutally honest, funny, maddeningly scattered.” Thanks to a recent partnership with PGA Tour Radio and the Golf Channel, the program is now broadcast on Sirius and XM satellite radio.

Feherty’s success extends beyond broadcasting. He’s authored 6 books, several making The New York Times bestsellers list, including An Idiot for all Seasons; Somewhere in Ireland, A Village is Missing an Idiot; and A Nasty Bit of Rough. Each is “chocked full with belly-busting humor,” including his latest bestseller, The Power of Positive Idiocy.”
For David, his most fulfilling activities are on behalf of badly injured U.S. troops. David stages events for wounded Special Forces, Green Berets and other US heroes involving golf, hunting, bicycling and skiing. “Losing a limb, or the ability to use a limb, is one thing,” Feherty says. “But the dignity they lose with it is perhaps even more important. And to be able to give them some of that dignity back is my mission with these days. It’s not a charity. It’s just us trying to pay back a very small part of the check that we owe them.”

What works for Feherty as a rehabilitative tool is humor – wicked humor. Having battled depression, Feherty knows the healing value of laughter. “The only thing that kept me alive was my sense of humor. I really believe that’s a human’s last line of defense. If I can’t make them laugh, I want to make them smile.” 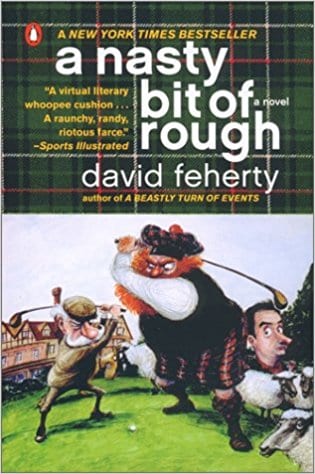