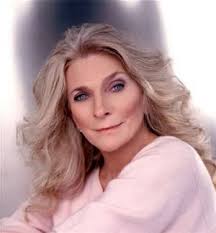 Few artists have the staying power as music icon, Judy Collins. An artist who has reached the highest pinnacles of creative success with her top ten hits, Grammy nominations, gold and platinum status and best-selling books during the past 40 years. Even as one of the most gifted artists of our time, she has faced adversity. As a keynote speaker, Collins breaks down the barriers of helplessness and secrecy to openly discuss the path of clarity and hope through her battle with alcoholism and depression and her son’s suicide. Judy Collins draws the world to her remarkable talent through her versatility and sensitivity.

Sanity and Grace: A Journey of Suicide, Survival and Strength

The Healing Power of Art and Music

Few artists have the staying power as music icon, Judy Collins. She is celebrating her 40th year of recording with 37 albums, top ten hits, Grammy nominations and gold and platinum status. It is certainly no wonder that this artist was the muse for the classic rock song, “Suite: Judy Blue Eyes.”

An innately creative individual, Collins is also known for her songs, books, and watercolors. She wrote the bestseller Sanity and Grace, which focuses on suicide recovery, and is based on her own experience with the tragic loss of her son’s life, sharing her dark time with grace. With her new book, Morning Noon and Night: Living the Creative Life, she crafts an enthralling peer into her creative mind, carefully describing her approach to the creative process, breaking down each day of the process into morning, noon, and night, inspiring others to enhance creativity in their own lives.

Collins’ early musical background was classical piano. Her father, Chuck Collins, was a singer, composer and broadcaster during the golden age of radio. By age ten, Collins was studying with mentor Antonia Brico, the famed orchestral conductor who made a name for herself conducting major symphony orchestras in the United States and Europe. The 25th anniversary of Collins’ prize-winning documentary, Antonia: A Portrait of the Woman, was in 1999. The film, which Collins produced and co-directed with Jil Godmilow, received an Academy Award nomination for Best Documentary, and was named one of the top ten films of the year by Time magazine.

At 13, Collins’ made her public debut performing Mozart’s “Concerto for Two Pianos.” But the music of such artists as Woody Guthrie and Pete Seeger, and the traditional songs of the folk revival, fired Collins’ love of lyrics and, by 16, she had moved from playing the Steinway to playing the guitar. Soon she was singing at the folk clubs in Denver, Boulder and Central City in Colorado. Heading East, she sang at the Gate of Horn in Chicago, and in New York at the Greenwich Village folk clubs. It was there, after an appearance at The Village Gate in 1961, that Jac Holzman of Elektra Records signed Collins to what was to become a 35 year involvement with the company, beginning with her first three albums of traditional material. As the Sixties grew more rebellious, Collins was drawn to songs by the social poets of the time: Tom Paxton, Phil Ochs and Bob Dylan. She also worked with some of the best musicians of the era, among them Jim (Roger) McGuinn, who played guitar on her versions of “Mr. Tambourine Man” and Seeger’s “Turn, Turn, Turn.” McGuinn would later on form The Byrds and perform both songs with that group. Collins was the first to record the songs of Leonard Cohen and she brought other performers like Randy Newman and Joni Mitchell to widespread public exposure.

Soon to come were the early dramatic moves that established Collins’ eclectic nature. Her 1966 album In My Life has her stepping assuredly into a broad mixture of songs, a characteristic that has stamped her albums ever since. She also began playing the piano again, bringing her musical roots back into her performance. On her next album, “Wildflowers” she asked Joshua Rifkin to arrange the entire album for orchestra, breaking new ground in the contemporary song movement. Today, it’s regarded as a turning point in her career, giving Collins her first major single, “Both Side Now” and earning her the first of many Grammy nominations.

Collins is still paving new ground; her new label, Wildflower Records is her latest achievement. The label will release approximately two recordings per year and plans to record with new artists in the future. Wildflower Records is distributed in the US and Canada by Navarre Corporation. In keeping with Collins’ life long commitment to social causes and human rights, Wildflower Records will contribute a portion of its proceeds to charity and non-profit organizations. Collins authored Sanity and Grace which focuses on suicide recovery, and is based on her own experience with the tragic loss of her son’s life. Her latest book, Morning Noon and Night: Living the Creative Life focuses on enhancing one’s quality of life.

Collins is truly the definition of a living legend. Her influence in music and politics has spread over decades. Her vocal interpretations have inspired millions. From the time she discovered folk music and was signed to Elektra in 1961, to her current new albums, new songs, television specials, books and work with UNICEF and landmine awareness, Collins has always remained a creative and vibrant artist. 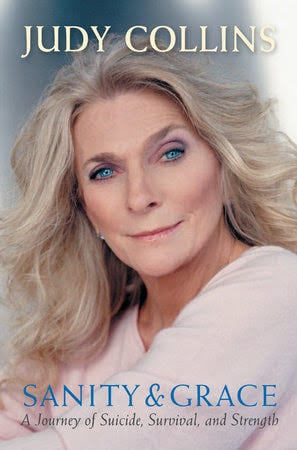 Our attendees loved Judy’s presentation and gave her a standing ovation. She captivated the audience and gave them a renewed sense of hope for the work they do.

Ms. Collins was delightful as a speaker and an individual! She was so supportive of mental health issues overall and personalized it to Galveston as well. Additionally, at the VIP reception, she took time with individuals and listened to their stories and shared different things. She was just delightful.