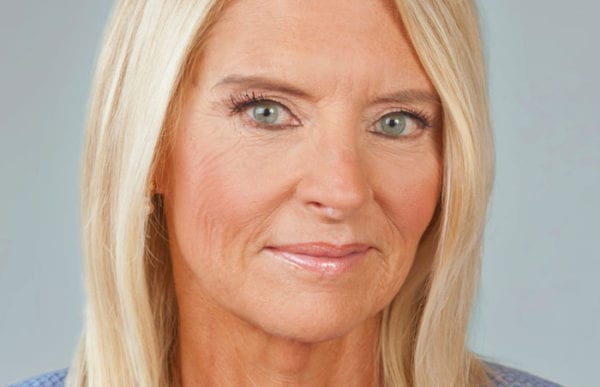 Emmy Award Winner, Kim Hume, was founding Washington Bureau Chief for Fox News Channel and wife of Fox News’ Brit Hume, tells her harrowing tale of addiction, redemption and success during a life on the front lines of national television news, covering key political stories of the last 3 decades. She forged an unlikely success while struggling with life threatening addiction in her teens and twenties and then survived sobriety through triumph and tragedy. Fueled by her growing faith, Hume finds herself, at last, living a happy, normal and peaceful life.”

Inside the Prison of Addiction

Kim Hume candidly tells about her “not so normal path to normal” as she struggled with addiction while having a successful TV career, marriage to a famous newsman and a couple of church basements in between. Hume’s raw and emotional story led her from life threatening addiction to sobriety and the normalcy and peace of a life fully lived.

How the seed of faith planted when she hit bottom has caused her to use her talents to reach out spiritually to others.

Surviving Recovery: Why Getting Sober Was the Easy Part

Hume talks about her life in recovery and the struggles she went through as a recovering addict dealing with life without her drug of choice.

Kim Hume is the former Vice President and Washington, D.C., bureau chief for FOX News Channel (FNC.) She was with the network from its inception in 1996, and was responsible for overseeing all Washington, D.C.-based news-gathering efforts for the network. She retired in 2007.

Before joining FNC, Hume worked at ABC News in Washington for more than 13 years. She produced daily news coverage for World News Tonight with Peter Jennings. Earlier she was a producer for Prime Time Live, The Health Show, This Week With David Brinkley and Good Morning America.

Before joining ABC News, Hume, previously known as Kim Schiller, worked at WRC in Washington, D.C. and KQED in San Francisco. She began her career in the newsrooms of KPIX in San Francisco and WAGA in Atlanta.

Despite success in her early career, Hume suffered from alcoholism as a teenager and into her late 20’s. Her personal struggle with addiction and the story of how she survived and triumphed, has become the subject of talks and speeches she’s given since her retirement in 2007. Her harrowing tale of substance abuse and recovery unfolded while covering the intense national and international news that shaped the thirty years of her career. In the course of tumultuous times, the key to her sobriety brought her peace and a normal life.

Hume has become an avid Bible student and speaks at womens’ groups and a variety of faith based gatherings combining her personal story and her passion for studying the Bible. She has a Bible-based blog: Vine and Branch which can be found at kimhume.blogspot.com

Kim Hume is a beautiful, gracious speaker and narrator of her life story. She retells painful, sometimes very personal moments with great vulnerability. Our attendees were blessed by this very real, reachable and believable lady

She speaks from the heart and her honest and forthcoming witness about her personal life is gripping. Her amazing story and easy manner will captivate the audience.