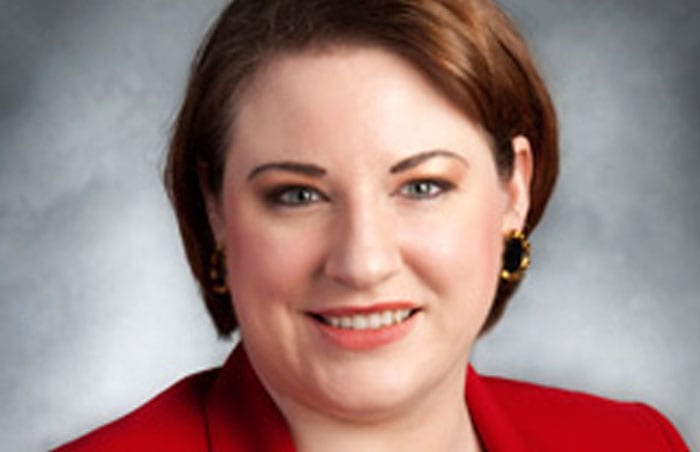 Laura Lawless won the title of Miss Arizona 2002 and became a top 15 semi-finalist at the 2003 Miss America competition. But Lawless considers her greatest achievement adapting to and accepting her own experiences as an individual living with depression and removing the stigma of mental illness. She has traveled nationwide speaking about mental health awareness. She is currently an attorney practicing labor and employment law after graduating from Arizona State University and Harvard University.

My Crowning Achievement: Living Life With – and Beyond – a Mental Illness

When most people meet a scholarship pageant representative, they expect to be greeted by smiles, waves, and an unflappable good mood. As Miss Arizona 2002, that was the image most people expected when they met Laura Lawless. She was the face of Arizona in that year’s Miss America pageant; she was also the face of mental illness. Diagnosed with clinical depression at 17, Lawless used her position as Miss Arizona to serve as a spokesperson in the mental health consumer advocacy movement. Now a practicing attorney, Lawless considers herself first and foremost an advocate for mental health awareness and an outspoken member of the consumer community. In her presentations, she discusses her evolving role as a young woman living with a disability, her personal acceptance of her illness, her triumph over stigma, and her gradual acceptance of – and indeed gratitude for – her mental illness.

In 2002, Laura Lawless won the title of Miss Arizona 2002 and became a top 15 semi-finalist at the 2003 Miss America competition. But Lawless considers her greatest achievement adapting to and accepting her own experiences as an individual living with a mental illness. Since June 2002, she has traveled over 200,000 miles coast-to-coast in a nationwide speaking campaign educating audiences about mental health awareness, working tirelessly to put a face on the struggles faced by millions of Americans living with a mental disorder and the people who love and support them.

Currently a Celebrity Spokesperson for the National Alliance for the Mentally Ill and the National Alliance for Research on Schizophrenia and Depression, Lawless also serves on the Boards of Directors for numerous state and national behavioral health advocacy organizations, including the Institute for Mental Health Research; notMYKid, Inc.; and Meta Services, Inc. She also contributed to President George W. Bush’s New Freedom Commission for Mental Health.

In recognition of her work, Lawless was the recipient of the 2004 Institute for Mental Health Research “Hero in Women’s Mental Health” Award; the 2003 National Alliance for the Mentally Ill’s Purdy Award to End Discrimination Against the Mentally Ill; the 2003 Arizona Center for Disability Law’s Mental Health Advocate of the Year Award; the 2003 Arizona Alliance for the Mentally Ill Advocate of the Year Award; and the 2003 Toastmasters International Communications and Leadership Award. Her advocacy has been featured in People magazine, Woman’s World magazine, The Washington Post, The New York Daily News, CNN, in nationwide Public Service Announcement campaigns, and scholarly articles and book chapters published on the subject of psychiatric recovery education. She continues to lobby for mental health reform before state and national legislative bodies while serving as a motivational speaker for the psychiatric recovery movement. She was also recently named to the 2006 Business Journal of Phoenix “Forty under 40” list.

Through a compelling and passionate presentation of her story of recovery from mental illness, Laura Lawless has the unique gift of inspiring hope in those who are living with the challenges of mental illnesses. With tremendous courage she risked everything in her quest for Miss Arizona and Miss America to share her personal challenges and triumphs over her mental illness. Her contribution to breaking through stigma has made her a recovery champion. At META Services we have had the joy of witnessing the recovery journey of thousands of individuals and Laura has been an inspiration to us all. Laura is living evidence that recovery is “remembering who you are and using your strengths to be all you were meant to be.

notMYkid has been extremely fortunate to have worked with Laura Lawless as a speaker for the organization. Laura is not only articulate and bright, but has an amazing ability to relate to both kids and adults. Laura presented what may be challenging material for many other people in such a real and effective way. She has the ability to relate to others on a level that impacts their lives.

Laura was “Flawless”. This was wonderful experience. She was able to visit our agency and included her visit in her keynote. She arrived on time and participated in our VIP reception. Her message and delivery were on point and timely. She was well received by all. She did it completely without notes and her caring personality came through. She was the icing on the cake of our event.