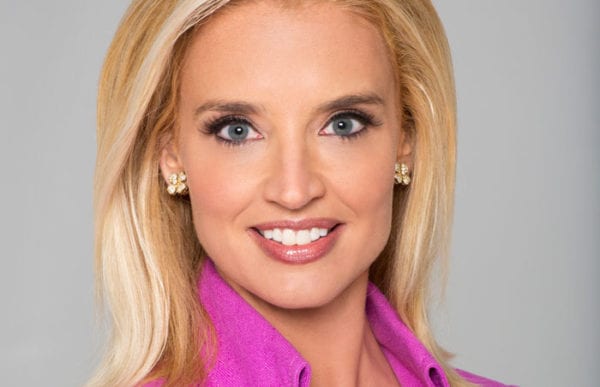 CNN, FOX, and MSNBC Anchor; host “For the Record”

Veteran broadcast journalist and host of the investigative program “For the Record” on TheBlaze TV. – For more than 15 years, anchor Laurie Dhue lived a double life, struggling with acute alcoholism while holding down several high profile broadcasting jobs for Fox News Channel, CNN and MSNBC. Her addiction nearly killed her– until one day she decided to save her life. She has been clean and sober for more than six years and shares her experience, strength and hope to help shed light on a disease that affects tens of millions of Americans. By overcoming her greatest fear, living without alcohol, Laurie is a testament to the power of determination, willingness, honesty and love. Happy, joyous and free, Laurie is living a life beyond her wildest dreams, thanks to her journey of recovery. Her courageous story will inspire you!

From the heights of broadcaster stardom to the depths of despair in her darkest periods of alcoholism, Laurie Dhue shares her experience, strength and hope in an inspirational message: “You don’t have to suffer alone, help is available. All you have to do is ask.” Laurie shares her courageous story of getting– and staying– clean and passes on her suggestions for living a happy, fulfilled life, including: Make a Daily Gratitude List, Don’t Take Anything Personally and Be the Person Your Mother Thinks You Are! Through her brave and passionate story, Laurie shows audiences that through failure comes humility and eventually triumph- a wonderful life beyond your wildest dreams.

Addiction is an Epidemic

Every 14 seconds, someone in this country dies from addiction. It is the biggest healthcare issue in America and it has reached a crisis level. The numbers are staggering: alcohol and drug use/abuse costs this country nearly half a TRILLION dollars a year in lost wages, lost productivity, hospitalization, institutionalization and incarceration…. not to mention the major health consequences: cancer of the esophagus, cirrhosis of the liver, heart disease and brain damage. Alcoholism costs us $275 billion. Drug abuse costs us $215 billion. Add that up and you’re talking about real money: nearly $500 billion. Unfortunately, the disease of addiction is still very much misunderstood, which is why it doesn’t get the attention that other health issues like HIV and breast cancer receive. Alcohol alone kills 80,000 Americans each year, more than twice the number of women who die from breast cancer. The disease of addiction doesn’t discriminate- it’s an equal-opportunity killer. It’s Park Avenue to park bench and everyone in between. One of its potential victims was Laurie Dhue, one of the most recognizable names in cable news. For more than 15 years, Laurie lived with the secret shame of being an alcoholic. Her drinking consumed her, physically, mentally and emotionally. It affects tens of millions of people, most of whom do not seek treatment. But those who DO get a lifetime of benefits. While addiction is NOT curable, it IS treatable. Laurie Dhue is a shining example of how recovery works. She has stayed sober for five years, working her program of recovery one day at a time. She talks about warning signs, how to admit when there’s a problem, how to ask for help and how to seek treatment.

Laurie Dhue is a New York-based TV broadcaster and media strategist. She is a news anchor and host of the investigative program “For the Record” on TheBlaze TV. Dhue is the Founder and President of her own consultancy, Laurie Dhue Media.

Dhue is the only anchor to have hosted shows on the three primary cable news networks: CNN, MSNBC and Fox News Channel. Dhue spent nearly eight years at Fox News, where she hosted the highly-rated “Fox Report” weekend edition and appeared weekly on “The O’Reilly Factor” and “Geraldo at Large”. During her tenure at Fox News, Dhue reported extensively from the Middle East.

Before joining Fox News Channel, Dhue hosted several shows on MSNBC and served as substitute news anchor on NBC’s “Weekend Today Show.” Dhue began her broadcasting career at CNN, where she became one of the youngest full-time anchors in the network’s history.

In her 22-year career, Dhue has interviewed countless international leaders as well as politicians, celebrities and newsmakers. She has covered every major news event since the early 1990s as a writer, producer, reporter and anchor.

A person in long-term recovery from alcoholism, Dhue has worked with the White House Office of National Drug Control Policy (ONDCP). She is also a member of the Caron Foundation’s New York Advisory Board and the board of the National Youth Recovery Foundation. Dhue travels from coast-to-coast as a recovery advocate, giving speeches, moderating discussions and hosting events on behalf of recovery organizations such as Faces and Voices of Recovery (FAVOR), Caron, Hazelden and The Betty Ford Center just to name a few. Dhue has been sober for many years now.

Dhue hails from Atlanta. She received her BA in Political Science from the University of North Carolina at Chapel Hill, where she was an Academic All-American Varsity Swimmer.

Thanks so much for the spectacular presentation on Wednesday night at the Philadelphia fundraising event. Your message was terrific. As I mentioned, I have heard hundreds of these during the past 28 years, and yours was amongst the very best! Your message about stigma, ‘putting a face on recovery,’ the positive impact on society with recovery, and the plug for Breakthrough were all done with a great deal of grace and class. I am so delighted that you have joined the New York Advisory Board. You have so much to offer, as we continue to further the mission of helping individuals and families

Laurie tells her story with eloquent finesse and heartfelt conviction, a rare combination of style and substance that inspires everyone to believe in the power of hope, help and healing. Nobody who hears Laurie doubts that power. She reminds us that from adversity comes opportunity, and she’s using her own life to inspire others to do the same. What can I say? Laurie’s just a really nice person.

Laurie Dhue presented to the largest audience in the history of JMATE, the National Joint Meeting on Adolescent Treatment Effectiveness in Washington, DC. Her energy and depth of conviction as she spoke made the audience of over 1200 people feel they were alone in the room with her. She gave a highly articulate and clear description of the challenges of addiction. With her powerful delivery, she touched hearts, made us laugh and called us to action. Her presentation set the tone for the three-day conference. She not only engaged the audience from start to finish, she was extremely adept at managing a panel discussion that added to the substance of the program through her questions and comments. She is a rare find as a speaker who can deliver a powerful message while connecting on a personal level with a large audience.