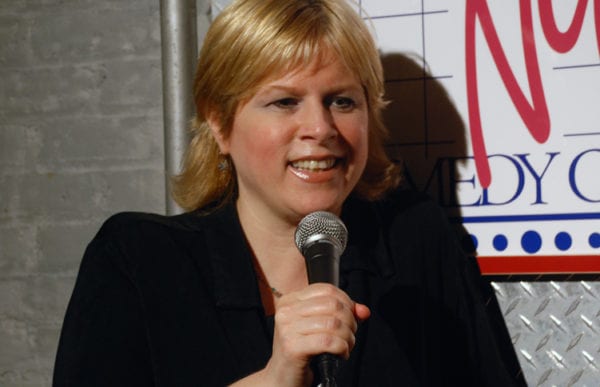 As the daughter of Charles Grodin and one of the decade’s hottest comics, Marion Grodin has shared the stage with Robin Williams, Robert Klein, Jerry Seinfeld and has appeared on numerous TV shows, including “The View”, MSNBC and CBS Radio, where she hosted a show for two years. But life had its highs and lows. At an early age, Marion was part of the drug scene and by 14 she was getting high every day and by college was completely addicted to alcohol and narcotics. This sent her on a downward spiral into profound mental illness. Add to her life a diagnosis of breast cancer. She believes that her “community” of friends, family and support groups were her lifeline. In her memoir, “Standing Up”, she shares her life stories and how she now loves using humor even more to help others.

“More Than Just Drugs:  My Wild Ride to Sobriety”

Hitting a profound bottom with drugs and alcohol in her twenties, Marion shares with us how she has managed to not pick up drugs or alcohol for the last 30 years, through the power of shared experience, community, and endless laughter.

Growing up the daughter of iconic funny man Charles Grodin, Marion was frequently in the company of celebrities like Paul Simon, Carrie Fisher, Jessica Lange, Warren Beatty, Steve Martin and Robert DeNiro, who once fortuitously told Marion…”your dad told me you want to be a stand-up comedian.  you should do that”.  From the outside it may have looked like Marion had it all, but her struggles with depression led her to self medicate, and by the time she was 17, Marion was a full-blown drug addict alcoholic.
Due to the aggressiveness of her alcoholic disease, at 20 Marion suffered a psychotic break leaving her tormented by profound mental illness including Visual and auditory hallucinations. Ever the fighter, and although she was still getting his, Marion embarked on a successful comedy writing career.  It wasn’t until her late twenties when unable to numb the agonizing grief over losing her beloved mother to a brain tumor, that Marion finally hit bottom and got sober.  Coming into recovery completely transformed Marion’s life.  With the love laughter and support that the recovery community offered Marion, she slowly began to climb her way out of the isolation and depression that she’s lived in for so long.  In fact, Marion became so involved in her recovery that she started three Narcotics anonymous meetings, and later went on the become a sober coach to women who were afflicted in the same way way that Marion had been as a young woman.
Marion also fulfilled her lifelong dream of being a stand-up comedian. Her comedic talent and uncanny ability to connect with her audiences quickly made Marion one of the hottest headlining comedians in New York City.  She has shared the stage with Herry Seinfeld, Dave Chappelle, Lewis Black, and colin Quinn.  Marin has also been seen on “The View”, and has appeared on the Conan O’Brien show.  A few years ago Marion was approached to write her story… “Standing Up, A Memoir of a Funny (Not Always) Life” where she unflinchingly shares her triumphant story with unbridled honesty and irrepressible humor.  It is these qualities that enabled Marion to go through breast cancer and divorce, simultaneously, without the need to pick up a drink or a drug.  Having just celebrated 30 years sober, Marion is undeniable proof that there is life after mental illness and that a substance-free life is possible no matter what any of us may face. 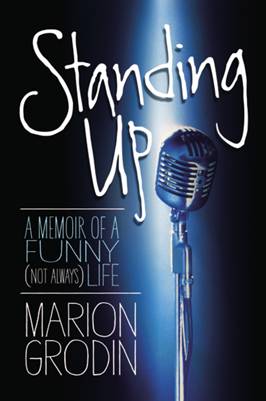 When life is getting us down and we need to laugh until tears come rolling down our cheeks, we go to a Marion Grodin show. Marion doesn’t let us forget that life is mundane and hard but somehow helps us to laugh at our ridiculous behavior and still love ourselves for it.

Thank you so much for doing such a phenomenal job at our Annual Gala…You have been getting rave reviews. I hope to have the opportunity to work together on future Gilda’s Events