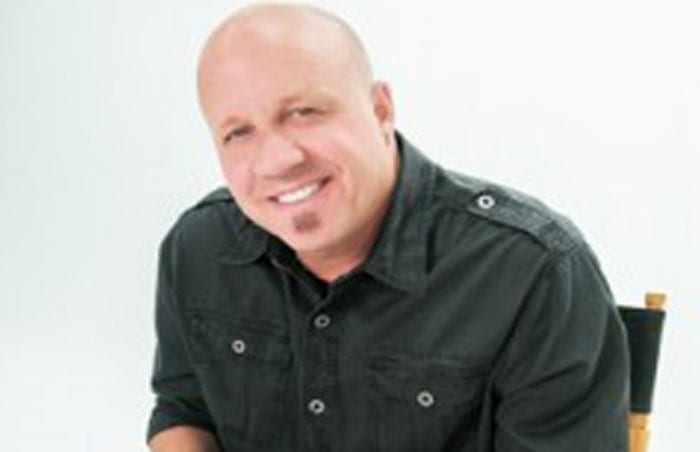 Stand-up comedian, author, and actor in "Addicted...A Comedy of Substance", voted the highest rated off-Broadway show in the history of the Zagat Survey

Mark Lundholm has seen and experienced the bottom of life.  He was a criminal at 13, an addict and former coke dealer, a check forger, homeless at 27, and did prison time for bank fraud. His amazing story how he turned his life around is an inspiration to anyone in recovery. Realizing he had a gift for comedy, Mark continues to use humor and has performed and spoken in all 50 states and 10 foreign countries.

Addiction…How Funny Is That?
Addiction, alcoholism, suicide, racism, prison: How is that funny? Comedian Mark Lundholm is a professional mistake-maker whose “drank there, used that” style of humor comes from experience. This energetic presentation takes you on a risky ride exploring topics rarely thought of as comical – a humorous look at the dangerous life of substance abuse, the rigors of recovery, and beyond.

For Healthcare Treatment Professionals…Humor Workshop
Professionals’ Empowerment
“Professionals’ Empowerment” (Humor Workshop for Healthcare and Treatment Professionals)(120 minutes) This presentation is very specific to healthcare, addiction and treatment professionals. Hilarious, irreverent, and emotional stories of hope, healing, heart and humor designed especially for the dedicated people who work on the front lines of the disease of addiction, codependency, alcoholism and other dysfunctional family dynamics. They will be invited to examine themselves professionally AND personally in order to rediscover passion, purpose and potential. Powerpoint, group exercises, comedic material and personal disclosure are all used to give these attendees more tools to take to work with them next week!! This workshop will remind the “pros” why they work with the “cons”!! One of the lines I use in this workshop is “this is the job I have because it is the work I was born to do!”

Workshop for Veterans/Police
For 15 years Lundholm has conducted workshops specifically dealing with issues facing our vets – re-integrating into society, re-connecting with their families. These groups experience intense emotions on the job, often PTSD ,trauma, suicide and often addiction.

From humble beginnings on the streets of Oakland, California, as a homeless criminal, mental patient, to a world renowned entertainer, Mark Lundholm’s humor is a wild ride of challenges, changes and 2nd chances. Just out of rehab, while performing a 20 Minute comedy routine at San Quentin State Prison, Mark discovered his childhood survival skill of making people laugh was his ticket out. Armed with plenty of material poking fun at the insanity his life had become, Lundholm has worked his way up literally from the gutter. It was not long before Mark garnered the attention of Showtime Comedy, and was given his own special.
These routines quickly gained widespread attention. Ultimately Mark’s entire story was produced and an off – Broadway play called “Addicted… a comedy of substance” was born. “Addicted” is quickly making its way around the world. Already in Chicago, Miami, New York, Denver, San Francisco and Nashville, 2011 brings even more launching “Addicted” in Los Angeles, London and Germany! Having performed in all 50 States and 10 foreign countries, including appearances on Comedy Central, Showtime, A&E, NBC, and CBS, Mark Lundholm’s pure, dark look at his past, and clever glimpses of the future make this funny man one of the best. Mark has been hailed as “a younger George Carlin” by the Contra Costa Times, and The New York Times called him “Riveting… Dark and Funny!”. The San Francisco Chronicle said he was “Funny. Cannily rendered… comic precision.” Mark has performed for Eric Clapton, Donald Trump, Jerry Stiller, and former President Ford showing no signs of slowing down! Taking the time to give a little back each year, Mark re-visits a handful of jails and prisons, rehab centers, homeless shelters and other places he has lived.

It;s about forty hours since you finished your presentation at our 13th Annual Betty Ford Center Alumni Reunion,
and the laughter remains… President and Mrs. Ford were truly impressed by your creativity and your ability to drive
home a serious message on wings of wit.

Your insight into recovery is inspired and delivered in such a way that people can laugh at themselves without
shame. The beauty of your message is your celebration of life, which appeals to all audiences.

Mr. Lundholm’s acerbic powers of observation are quite dark and funny.

THANK YOU officially from CAARR for all you did for Recovery Happens…your keynote speech very well may
have been the ‘high point’ to date of the 13 year history of Recovery Happens…Man, I knew you’d be GOOD, but
that was like, ridiculously good! Your dedication to helping others to recover and ‘give back’ has allowed MANY
MANY newcomers that were there that day to affect themselves in a positive manner….

Board for Certification of Addiction Specialists
“

Lundholm is a terrific performer! He’s aggressive, funny, and charming.

What a wonderful response your presentation received. Your witty observations on life were exceptional, but the
sharing of your personal story brought a mixture of tears and laughter that was a wonderful emotional release for
many of those present who work in the substance abuse field.

Mid-South Summer School on Alcohol and Other Drug Abuse Problems
“