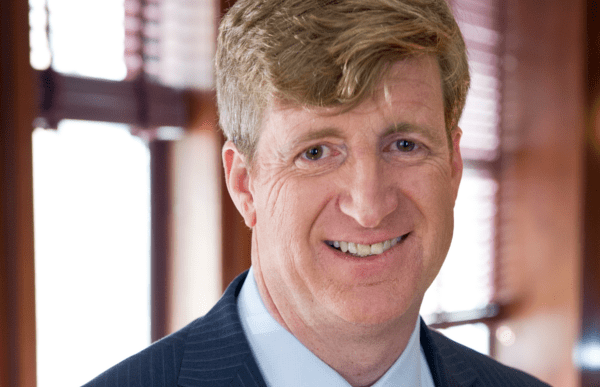 As one of the world's leading mental health advocates, Kennedy speaks on eliminating the stigma of mental illness, as well as on the impact of public policy in our healthcare system, brain research, bipolar disorder and substance abuse.

Patrick J. Kennedy is one of our country’s leading advocates for mental health treatment and for ending the discrimination against mental illness. A former U.S. congressman for sixteen years, he had his own personal struggle with substance abuse and a diagnosis of bipolar disorder which was the catalyst for him sponsoring the groundbreaking Mental Health Parity and Addiction Equity Act which was signed into law in 2008.

My Journey: Making Mental Health Essential Health
A Common Struggle: A Personal Journey Through the Past and Future of Mental Health

During his 16 years in the U.S. House of Representatives, serving Rhode Island’s First Congressional District, Patrick J. Kennedy fought to end discrimination against mental illness, addiction, and other brain diseases. He is best known as the lead sponsor of the groundbreaking Mental Health Parity and Addiction Equity Act (MHPAEA), which was passed with bi-partisan support, and signed into law by President George W. Bush on October 3, 2008. The Federal Parity Law provides millions of Americans, previously denied care, with access to mental health and addiction treatment by requiring insurance companies to treat illnesses of the brain, such as depression and addiction, the same way they treat illnesses of the body, such as diabetes and cancer.

In addition to the Federal Parity Law, Kennedy authored and co-sponsored dozens of bills during his time in Congress to increase the understanding and treatment of neurological and psychiatric disorders, including the Positive Aging Act; Foundations for Learning Act; National Neurotechnology Initiative Act; Genomics and Personalized Medicine Act; COMBAT PTSD Act; Nurse-Family Partnership Act; Alzheimer’s Treatment and Caregiver Support Act; and Ready, Willing, and Able Act, which called on the Department of Homeland Security to deploy a civilian response system to blunt the psychological impact of terrorism. He served on various committees and subcommittees, including the House Appropriations Committee; the Subcommittee on Health, Education and Welfare; the Subcommittee on Labor, Health and Human Services, and Education; and the Subcommittee on Veterans Affairs.

In 2013, he founded The Kennedy Forum, a non-profit organization whose mission is to lead a national dialogue on transforming mental health and addiction care delivery by uniting mental health advocates, business leaders, and government agencies around a common set of principles, including full implementation of the Federal Parity Law. The Forum aims to achieve health equity by advancing evidence-based practices, policies, and programming in mental health and substance use.

Kennedy co-authored the New York Times Bestseller A Common Struggle where he shared both his personal narrative and how he shepherded the Federal Parity Law. The book ends with Kennedy’s detailed roadmap to achieve health equity in the United States.
As co-founder of the non-profit One Mind (formerly One Mind for Research), Kennedy helped spark a global revolution in how scientists collaborate to study, diagnose, and treat brain diseases. The organization pushes for greater global investment in brain research, and is pioneering a worldwide approach that ensures scientific research, results, and data are available to researchers everywhere.

Kennedy served on the President’s Commission on Combating Drug Addiction and the Opioid Crisis. Kennedy’s personal contributions focused on the declaration of a federal emergency and strong parity recommendations.

Amid countless recognitions, meaningful partnerships, and political affiliations, Patrick J. Kennedy’s most important achievement continues to be leveraging his powerful family legacy in the arenas of civil rights, mental health, and intellectual disabilities to advance the cause of social justice and health equity for all people. He lives in New Jersey with his wife, Amy, and their soon to be five children. 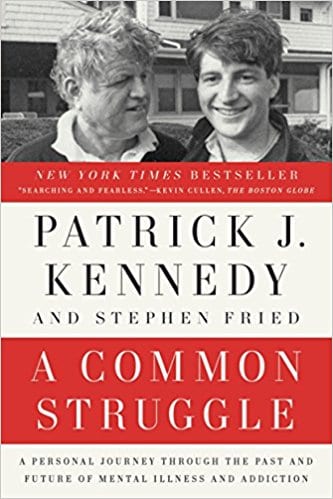