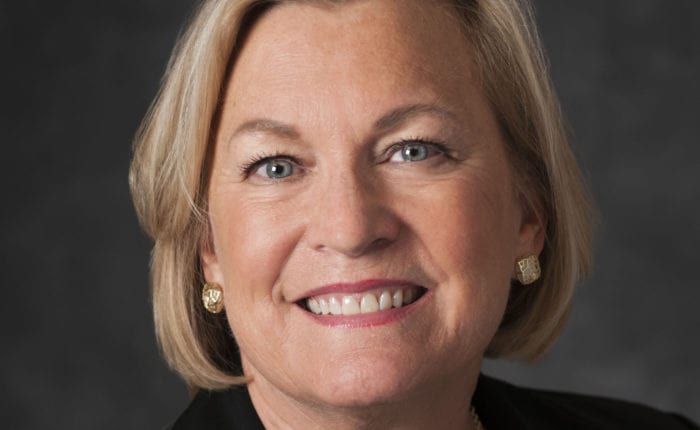 Presidential daughter and advocate for the awareness of substance abuse.  The daughter of former President Gerald Ford and Betty Ford, Susan Ford Bales’ adolescence was spent in the White House during one of the most turbulent times in American History.  In addition to speaking about living in the White House, she addresses her mother’s addiction to prescription drugs, the family intervention and the effect her mother’s openness had on others.  Susan has also been an advocate for breast cancer awareness

Program: An Intimate Look at Life in the White House

Program:  A Daughter’s Story: Beating the Odds Against Breast Cancer

Susan Ford Bales is a Virginia native and now resides in Texas.  She is the daughter of President Gerald R. Ford and Betty Ford and is the mother of two daughters, three step-sons, and five grandchildren.

Susan is the Ship’s Sponsor for the aircraft carrier USS Gerald R. Ford (CVN-78), which she officially christened on November 9, 2013. On April 8, 2016, she was named an Honorary Naval Aviator by the United States Navy, and is only the 31st American to receive this distinction, and the first woman in history to be so honored. Susan has served as a Trustee of the Gerald R. Ford Presidential Foundation since 1981 and currently serves as Co-Chair of the Foundation’s Programs Committee. Susan’s work with the Foundation centers on promoting the ideals of integrity, courage, and candor that were the hallmarks America’s 38th President and his distinguished service as a Naval Officer in World War II, member of Congress, and as Vice President and President.

During her high school years, Susan lived in the White House and served as official White House hostess following her mother’s surgery for breast cancer in 1974. In 1984, she and her mother helped launch National Breast Cancer Awareness Month, and Susan subsequently served as national spokesperson for breast cancer awareness. Since the founding of the Betty Ford Center in 1982, Susan worked side by side with her mother on projects at the Center and was elected to the Center’s Board of Directors in 1992. She succeeded her mother as Chairman of the Board from 2005 – 2010, and currently serves on the board of directors of the Hazelden Betty Ford Foundation.

In addition to her many charitable and public service activities, Susan serves as a Co-Trustee of the President Gerald R. Ford Historical Legacy Trust, Trustee of the Elizabeth B. Ford Charitable Trust, Global Ambassador for Susan G. Komen for the Cure, and the Honorary Advisory Committee of the Children’s National Medical Center 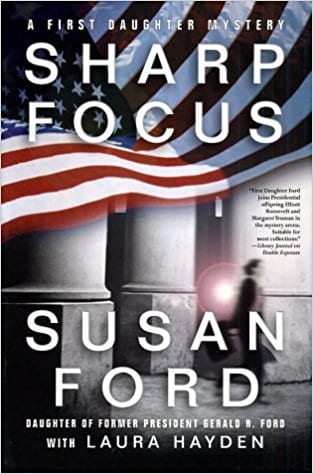 You took Baton Rouge by storm and made a HUGE difference. We more than doubled our fundraising dollars.

Susan Ford Bales was absolutely wonderful at our gala event. Her speech was remarkable! The entire room gave Susan a standing ovation following her talk. Our clients loved speaking with Susan, and were inspired by her stories. Our event was very successful, in large part to having Susan Ford Bales as our keynote speaker.

Her presentation was very educational and her personal experience with her mother was particularly moving.

Susan Ford was the best speaker we’ve had. She was so REAL. Her authenticity, emotion and sincerity were touching and refreshing. Susan is so brave to share such a personal story of love, pain, hope and forgiveness. It was good to hear from a family member. I forgot how brave Betty Ford was to bring both breast cancer and addiction out in the daylight for all to hear about.

Susan Ford Bales delivers a message about cancer that is at once powerful and tender. Her family’s extraordinary candor and courage during a time when cancer was rarely openly discussed inspire hope, as does her intimate and historical perspective. Susan offers camaraderie and a voice of strength as she calls upon us all to both take action and take the fear out of cancer. A seasoned, articulate, and passionate speaker, Susan shares a poignant story and a priceless glimpse into a definitive chapter in cancer advocacy.

Her talk was so powerful and well received.