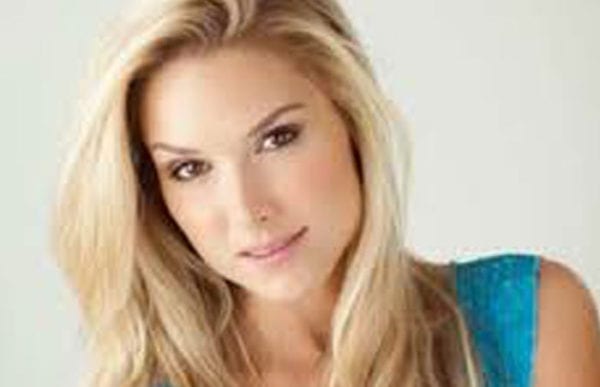 Former Miss USA, Television Host and Mental Health Advocate, Tara Conner shares her childhood, including being sexually abused, and how the perfect storm of her life led her to drinking and drugs at age 13. Winning the Miss USA title at the Miss Universe Contest, actually made her face her demons and the disease and got her into treatment. After her very public struggle with addiction, she has shared her experience with audiences all over the US to raise awareness and help others.

Your Recovered Life: Beyond Your Wildest Dreams

After winning the MIss USA title, Tara went into treatment. In this presentation she candidly tells her life story and how winning the title made her face her illness and finally get help. Now over 9 years in recovery she has a new life.

Unmasking the Truth of Addiction

Good for high school students, parents & community. Tara talks about the heightened risks of using drugs/alcohol at an early age and the pressures that high schoolers face today.

On April 21st, 2006, a worldwide television audience of millions watched as Tara Conner’s “biggest dream ever” came true as she was crowned Miss USA 2006 at the conclusion of the 55th Miss USA telecast live from Baltimore, Maryland. The Russell Springs, Kentucky native is the first woman from Kentucky to win the title of Miss USA.

Throughout her year as Miss USA, Tara traveled all over the U.S. working with various breast and ovarian cancer charities and working with the United Service Organization (USO), lending her support to service men and women all over the world. She appeared on Lifetime’s hit show, “Project Runway,” competed at the Miss Universe pageant in Los Angeles (where she placed 4th runner up!) and made red carpet appearances at special events all over the United States. She resided with Miss Teen USA and Miss Universe in a Trump apartment in New York City.

In December of 2006, Tara made headlines when she tested positive for cocaine. Her employers at the time, Donald Trump and the Miss Universe Organization, sent Conner to the Caron Treatment Center where she completed 30 days of treatment.

After crowning the new Miss USA in Los Angeles, Tara decided stay in Los Angeles to pursue her career in modeling and hosting. She has hosted on several networks from E! to MTV, and has appeared on shows like Pageant Place, The Girls of Hedsor Hall, and Pretty Smart.

After her very public struggle with addiction, She has shared her experience with audiences all over the United States, and hopes to raise awareness that addiction is a disease, and that many people who have struggled with this disease can go on to lead healthy, productive lives in recovery. She also wants educators, families, and professionals to know that sobriety at an early age is achievable, and that it greatly enhances life’s possibilities.

Tara Conner knows the subject matter of addiction. She is a powerful speaker and a beautiful example of recovery. We need more like her who are willing to standup and tell the truth with knowledge, inspiration and grace.

Tara Conner’s honest and sensitive articulation of her story opens the way for her audiences to understand that addiction is a destructive disease that runs in families, but also demonstrates that individuals and families can and do recover, heal and lead satisfying and generous lives. Tara is a beautiful and compelling presenter and a caring and generous supporter of other young people seeking recovery.