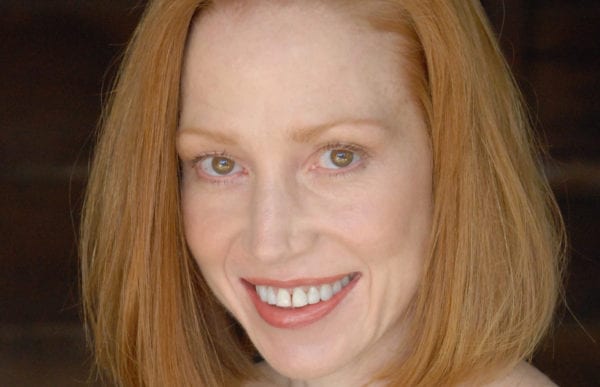 Hollywood entertainment lawyer and author of three books, Terri Cheney wrote a searing account of her struggles dealing with mental illness and bipolar disorder. Her book, “Manic” became a New York Times best-seller and was optioned by HBO. Her second book, “The Dark Side of Innocence: Growing Up Bipolar” received rave reviews. As a lawyer, she also addresses mental health in our judicial system.

While Terri’s personal story may seem shocking and unique, it strikes a universal chord.  She has received standing ovations from Kansas to Dubai, from locked wards to federal judges’ conventions.  Her ongoing blog for Psychology Today reaches nearly a million readers, and Madness, and her life story was recently adapted for the Amazon TV series “Modern Love,” starring Anne Hathaway as Terri.

SHE’S SO BIPOLAR: ATTACKING THE STIGMA OF MENTAL ILLNESS

From the onslaught of messages I’ve received since my first book was published, I’ve learned that stigma continues to run rampant in workplaces, families, and within the minds of mentally ill individuals themselves. It causes millions of people to live in secret torment. There’s no more effective counter-punch to stigma than telling one’s own story of struggle and survival. Only by giving a vocabulary to the illness, and placing a recognizable face on frightening symptoms, can we hope to empower those in hiding to fully reclaim their lives.

LAW & DISORDERS: THE JUSTICE SYSTEM AND THE MENTALLY ILL

I became a lawyer because I believe in justice. But during a severe manic episode, I had my own run-in with the law, which opened my eyes to the shocking state of mental health care in our judicial system. Despite the Constitutional guarantee of treatment, mentally ill inmates are being forced into solitude, or simply ignored, or, as I was, beaten. As a result, America’s jails and prisons – now the nation’s largest mental health institutions – have become revolving doors. In order to find the true justice we all seek and deserve, we need to expose what actually goes on in the dark recesses of confinement.

INSIDE THE HEADLINES: THE MYTH OF VIOLENCE IN THE MENTALLY ILL

The media shrieks, and we listen. But we rarely hear the truth, which is that mentally ill individuals are far more likely to be the victims of violence than the perpetrators. The true demon isn’t mental illness: it’s untreated mental illness, and the substance abuse that occurs in over 65% of such cases. The challenge we all face is to educate ourselves about what the research really proves: that the vast majority of people who have been properly diagnosed and treated are contributing citizens, who pose no risk to anyone. In fact, they may be more trustworthy than most, because they consciously work to preserve their sanity. The media’s casual fear-mongering can only be silenced by fact.

As a successful entertainment attorney in Beverly Hills, Terri represented the likes of Michael Jackson, Quincy Jones, and major motion picture studios. But beneath her seemingly flawless facade, she was struggling with a dangerous secret: ever since childhood, Terri had been battling a debilitating case of bipolar disorder.

Despite wild mood swings and repeated suicide attempts, Terri managed to keep her condition secret from everyone—but at a terrible price. Finally, in an effort to save her own life, she wrote a searing account of her mental illness. Manic: A Memoir quickly became a New York Times bestseller, was optioned by HBO, and translated into eight foreign languages.

Following Manic’s publication, Terri received hundreds of emails from parents of bipolar children, asking about her own childhood. In response, she wrote The Dark Side of Innocence: Growing Up Bipolar—a groundbreaking personal portrayal of the emerging phenomenon of childhood bipolar disorder.

Terri’s writings and commentary have also been featured in the New York Times, the Los Angeles Times, the Huffington Post, Glamour, and countless articles and blogs, including her own ongoing blog for Psychology Today (www.psychologytoday.com/blog/the-bipolar-lens), which has nearly a million readers to date. She has appeared on numerous TV and radio programs, documentaries, and podcasts, ranging from PBS to NPR to the New York Times. She speaks both nationally and internationally, to diverse audiences ranging from Ohio to Dubai, about her experience with bipolar disorder.

Terri now devotes her advocacy skills to the cause of mental illness. She serves on the honorary board of directors of the International Bipolar Foundation, and the board of directors of the Saks Institute for Mental Health Law, Policy, and Ethics at USC. She has been a member of the UCLA Mood Disorders Research Program’s Community Advisory Board, and the board of directors of Project Return Peer Support Network. In recognition of her public service, she received an official commendation from the County of Los Angeles, as well as the Advocates Award from Mental Health Advocacy Services, the Imagine Award from the International Bipolar Foundation, and the Ambassador of Hope Award from the Hope for Depression Research Foundation. She also founded a weekly mental health support group at UCLA’s Neuropsychiatric Institute.

Her life story was recently adapted for the “Modern Love” Amazon TV series, starring Anne Hathaway as Terri. Her latest book, Tell Me Where It Hurts: A Manual to Modern Madness, will be published in fall 2020.

Terri graduated with honors from Vassar College, and received her J.D. from UCLA School of Law. She currently lives in Los Angeles. 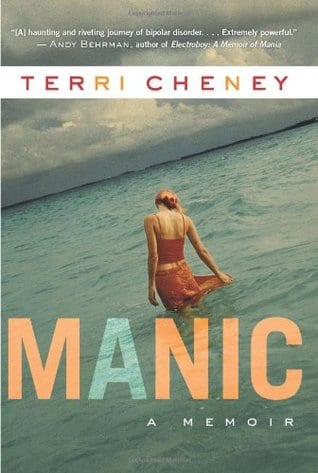 Terri Cheney was an excellent speaker on the topic of mental illness. She was engaging, responsive and kind.

Terri Cheney was an awesome woman. Her presentation was professional and she connected with her audience

Comments from your presentation – “Mesmerizing”,”Engaging”,”so genuine and heartfelt, I have a much better understanding of bipolar illness and more empathy”,”warm, kind and bright who intelligence has provided a rare glimpse into the pain individuals with mental illness experience”. “Bravo”.

The reaction to your presentation was phenomenal. You additional videotaped interviews was also considered a success.

It was an honor to have Terri Cheney, New York Times Best Selling Author, speak before a group of 1200 lawyers and doctors representing all regions of the State of California. Terri’s presentation was not only informative, but was delivered in an engaging and passionate manner that hypnotized the large audience. You could hear a pin drop in the cavernous auditorium when Terri was telling her story. The hope and encouragement that Terri provided to all will certainly go a long way in helping others dealing with any mental or emotional issues. We are so thankful that Terri provided our organization with such a riveting presentation.

Her remarks were vivid and powerful and inspiring. She received a standing ovation.

The Hope for Depression Research Foundation