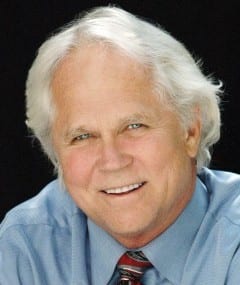 Leave It To Beaver” TV star; Director and Artist

Few Hollywood celebrities have a more compelling story than Tony Dow. A two time cancer survivor who also has successfully battled depression, the former star of “Leave It To Beaver” has been an advocate for mental health for many years. He has testified before Congress, was a spokesperson at the national convention of the National Depressive and Manic-Depressive Association, and was the subject of a documentary on KQED-TV about the stigma that surrounds mental illness. Dow has made tremendous progress and his story is inspiring to all audiences.

Behind Closed Doors: Tony Dow Opens Up About Depression

Life Beyond Beaver: Tony Dow’s Journey in the Arts

Child Star Tony Dow enlightens audiences with anecdotes about his many years on camera as well as his 20 years behind the camera directing and producing in the entertainment industry. As a woodworker, painter and sculptor, he represented America in 2008 at the Louvre in Paris.

Depression Few Hollywood celebrities have a more compelling story than Tony Dow. A two time cancer survivor who also has successfully battled depression, the former star of “Leave It To Beaver” has been an advocate for mental health for many years. He has testified before Congress on Teen Depression, was a spokesperson at the national convention of the National Depressive and Manic-Depressive Association in Chicago, and shared his personal story at the National Mental Health Convention in San Diego.

Tony, who grew up in an eccentric family, developed clinical depression in his twenties that he still lives with today with medications and the love and understanding of his wife Lauren. He also survived a bout of prostate cancer ten years ago and recently confronted a rare gallbladder cancer.

While generations of Americans know Tony for his role as Wally Cleaver on the iconic series, Leave It To Beaver, less know of his unique childhood or multifaceted life. Growing up the son of a mother who was one of Hollywood’s first stuntwomen, Tony held many national swimming records and was a national champion junior diver. At age eleven, he landed a part on a TV series pilot and later won the role of Beaver Cleaver’s big brother in what became one of America’s all-time favorite sitcoms.

Tony went on to make guest appearances on TV series including Mr. Novak, My Three Sons, Dr. Kildare, Eleventh Hour, Murder She Wrote, Knight Rider, and Love Boat and was featured for several years on the daytime soaps, Never Too Young and General Hospital.

As a producer, Tony and his wife, Lauren, and Melissa Gilbert conceived the successful two-hour documentary, Child Stars: Their Story for A&E. He wrote and produced a remake of the sci-fi classic, It Came From Outer Space, and he produced and supervised visual effects for The Adventures of Captain Zoom in Outer Space. He has directed dozens of popular television series, including Coach, Harry and the Hendersons, Star Trek: Deep Space Nine and the award-winning Babylon-5.

Tony also has starred in numerous stage productions around the country and was in the 17-month national tour of So Long, Stanley. He received a Dramalogue award for directing the first west coast production of the acclaimed play, K-2.

A latter day “Renaissance Man,” Tony also is an accomplished woodworker, painter and sculptor. He was chosen along with thirteen other artists to represent America at the prestigious Societe Nationale Des Beaux-Arts Salon 2008 at the Louvre in Paris.

We were very impressed with Tony’s message of hope, regarding his battle with depression and how he manages it. He was down-to-earth and relatable and when he talked about the stigma associated with depression, it struck me, “If this can happen to Wally Cleaver, it can happen to anyone”

Tony Dow comes forward to talk about his personal battle with depression. Dow has made tremendous progress and his story is inspiring.